Some screenshots may be of (really) old versions of Pyzo.

Below is a shot of Pyzo on Windows7 that illustrates several things: 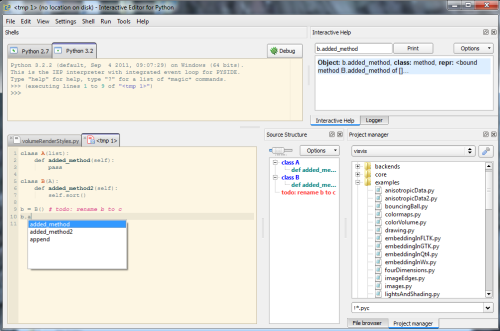 This screenshot (using the GTK+ theme on my laptop running Linux Mint) illustrates how Pyzo tries to obtain the documentation of properties (for the interactive help tool). One can see how line.lc is a tuple, but the documentation is of the property. 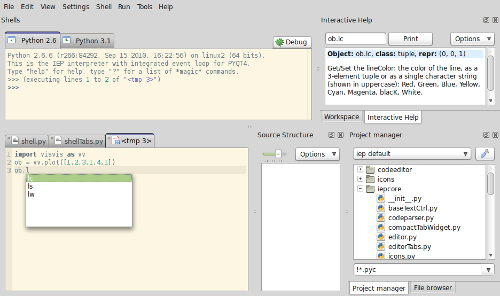 The screenshot below illustrates post-mortem debugging using a simple example.

Pressing the "Debug button at the upper right corner of the shell initiates post mortem debugging (but this can also done using the magic command "db start"). The button then gets a menu, in which the stack frames are shown. Clicking on an item makes the shell go to that stack frame so that the variables can be examined (for example using "whos"). The line where it went wrong is highlighted in the editor. 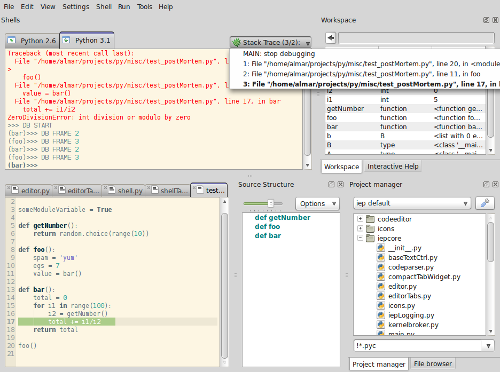 This one shows a calltip. Calltip information is obtained both from the active shell as from functions defined in the source.

It also shows the file browser tool, which has been used to search for files containing the word 'Axes('. 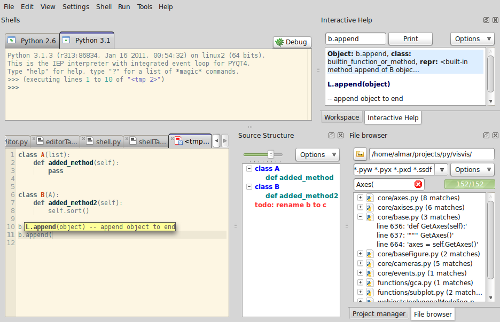 Pyzo with the Oxygen theme on KDE. 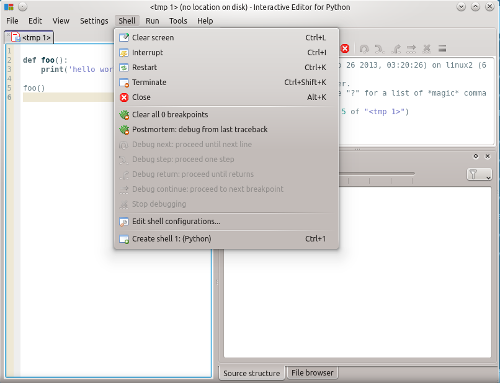 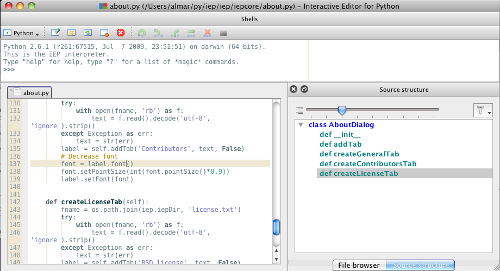